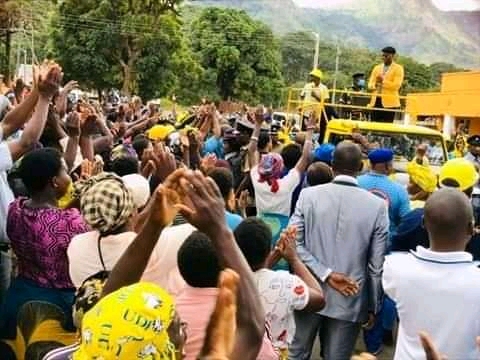 Muluzi held whistle stop rallies in various places in the region such as Thondwe, Mangochi Turn-Off Zomba, Chingale and Liwonde among others before proceeding to Monkey Bay in Mangochi.

In his addresses, Muluzi vowed that DPP-UDF alliance will win the elections with a landslide.

Muluzi has also promised that the alliance will revive a conduncive environment to allow the creation of job opportunities to alleviate the unemployment rate among the youths.

Yesterday , Supreme Court of Appeal upheld a Constitutional Court ruling for a fresh presidential elections to be held within 150 days and that President Peter Mutharika was not duly elected in the May, 21, 2019 elections.

President Mutharika has been telling his party members that he won the elections saying even the international observers declared him a clear winner in a free, fair and credible elections.