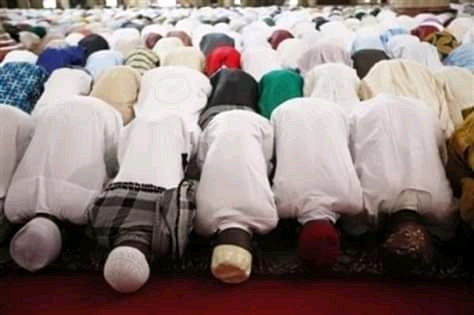 Muslim cleric (Sheikh) in Nkhotakota district has pleaded with Muslims in Sani and Chisoti areas to collaborate with the aim of constructing an Islamic learning centre in the area.

Sheikh Zuliani from Mbalame village made the call at Nkhandwe mosque.

Addressing the Muslims, Sheikh Zuliani said well wishers are ready to construct an Islamic centre in the area but Sani and Chisoti residents must join hands to make the dream become a reality.

“We are supposed to join hands to have an Islamic learning centre in our area (Sani) for our children to be learning the teachings of out beloved religion.”

“The well-wishers are ready to construct the infrastructure with their funds but they are just asking us to start layering bricks so that they should come in to construct the institution. Those who want to support us financially are welcome so that we can employ brick layers to do the job,” Sheikh Zuliani said.

The Muslim cleric said collaborative efforts of Muslims in the area will help to make idea as it was in the past.

“In 1980s we were going at Mawira where Nkhotakota Islamic Primary School is now to learn Islamic education. Muslims of that time had a similar dream and we are supposed to follow suit. This institution can be benefiting a lot of Muslims in Sani area, Nkhotakota district and even Malawi as a country.” He said.

Sheikh Zuliani said the initiative of constructing an Islamic learning centre in Sani area is being facilitated by the office of Muslim Association in Malawi (MAM) in Nkhotakota district.