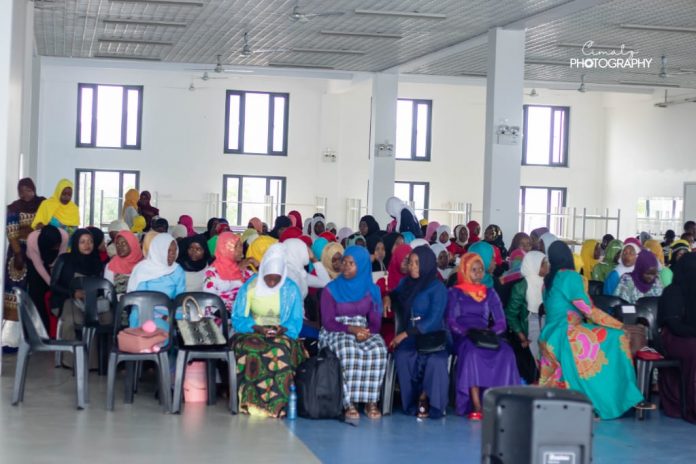 Muslim female teachers in the country through their organisation called Muslim Female Teachers Organisation (MUFTO) have organised National Muslim Sisters Camp 2019 under the theme “Defending my Imaan in the modern world.”

MUFTO’s Chairlady , Sister Zakia Hafswa Noordin says the annual camp will be held between 27-31 December,2019 at Maryam Girls Teachers Training College in Mangochi and the Guest of Honour will be Second Deputy Speaker of Parliament Honorable Aisha Mambo Adams.

The Chairlady says the event is there to enhance the spiritual lives of Muslim girls and women.

“We shall also update them on important information affecting Muslims and their benefits such as entrepreneurship and business skills like teaching hands-on arts and cookery skills such as making handbags, baking pizza. Students shall also be guided on how to apply in universities and get scholarships,” she told Malawi Muslim Website.

Sister Zakia Hafswa Noordin says the reason for choosing the Deputy Speaker of Parliament to be the Guest of Honour is to celebrate Muslim women achievement through her since she is the first Muslim female to attain the position.

“She will also act as a role model to the young ones and an encouragement to other women,” she says.

According to the Chairlady, MUFTO organises the sisters camp annually to civic educate girls and women on their rights and empower them with vital skills.

“It teaches Muslim sisters how to defend their educational,religious and occupational rights in various ways,”

“It empowers them through skills and provides an opportunity for discussion of current affairs affecting Muslim girls and women,” she says.

The camp is open to all Muslim girls and women regardless of their professions, academic qualifications or position in society.

After paying call the same number and inform the Chairlady of MUFTO Sister Zakia to record your details.