Muslim Student Fails to Attend Varsity due to Poverty: Pleads for Help

by Bright Malenga
in Education, Featured
Reading Time: 2 mins read
A A
0
0
SHARES
32
VIEWS
Share on FacebookShare on TwitterShare on Whatsapp

Harry AbdulRahman Kadango, a Muslim young man from Balaka district failed to study his Degree program at Mzuzu University (Mzuni) due to lack of funds. 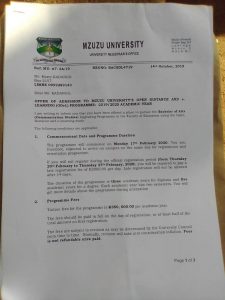 Kadango who is currently staying in Machinjiri , Blantyre told Malawi Muslim Website that he was selected to study at Mzuni last year.

“In 2018, I was selected to Mzuni to study Tourism (Arts) but due to financial hiccups I couldn’t make it. I asked the University to reserve my place a thing which they did. But the sad news is that again, this academic calendar I have failed to enroll due to the same problem (money)”

‘I did try to apply for a bursary at IZF but was rejected on the basis that my program wasn’t among the programs they were interested in. The 2018 scholarships were suspended as IZF didn’t have funds since most of it’s donors had channeled their resources towards relief programs due to heavy rains that affected most parts of the country,” he said. 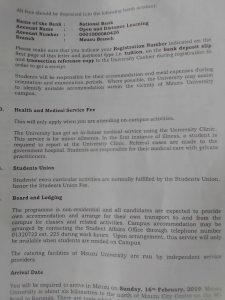 According to Kadango, as of now he can’t join the varsity as his place has been forfeited.

“However, I did apply to the same University for consideration to study as an ODL student and was successfully selected to pursue a degree in Communication studies,”

“I also have another opportunity to study at the University of Malawi, Polytechnic, bachelor of education (Business Studies) this March however,the challenge is still on fees.(400,00/year)” he said.

Kadango is asking for well-wishers to help him.

“So, my plea is that if there is any organisation should help me to get the bursary,” he said.

Kamuzu University of health sciences (KUHES), has realised over MK8.0 million from the corporate world and well wishers in a...

Two Fined for Cutting Down Trees