by Hussein Musa
in Featured
Reading Time: 1 min read
A A
0
0
SHARES
85
VIEWS
Share on FacebookShare on TwitterShare on Whatsapp

Muslim Youth United (MYU) and Queen Elizabeth Central Hospital (QECH) today have signed a Memorandum of Understanding (MoU) on the adoption of two wards that MYU is supporting at the Blantyre based referral hospital. 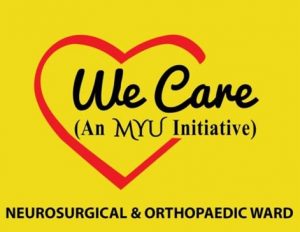 The agreement will see MYU through its initiative called ” We Care” continue supporting Orthopaedic and Neurosurgical wards at QECH.

The signing ceremony of the MoU took place at Queen Elizabeth Central Hospital.

Muslim Youth United officially launched the initiative a month ago at Mpingwe Sports Club in Blantyre.

MYU is also conducting a feeding program at the same hospital.

Muslim Youth United is a group of volunteers with them aim of helping needy people in a halaal way.

The group was established in 2014 through WhatsApp.

The Deputy Minister of Local Government Halima Daud has urged chiefs across the country to combat gender-based violence and early...