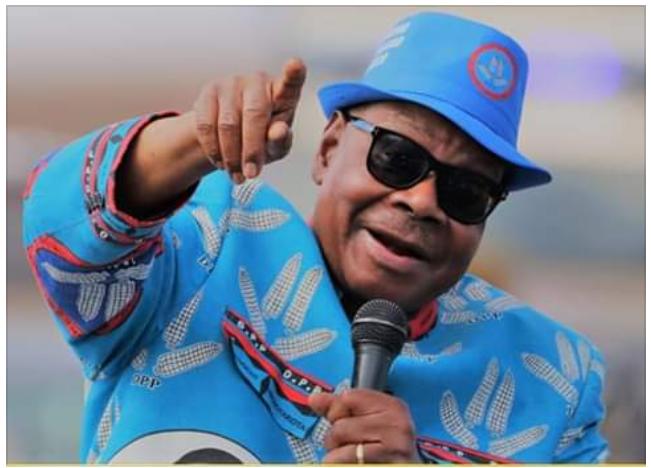 President Peter Mutharika says Coronavirus pandemic is real, a crisis and is killing people in every country.

President Mutharika says this disease does not choose, can kill any one at any time blaming his country men and women for taking Coronavirus pandemic lightly saying the fight against the pandemic is being undermined by politics.

Speaking at the Malawi University of Science and Technology ( MUST) in Thyolo after appreciating what the students have innovated in the fight against COVID-19, Mutharika says the Courts stopped Malawi from going on a lockdown and the same Courts want the country to go to elections, saying everybody knows that he won the 2019 election.

He says if the Courts had chosen to follow the law and evidence of the election case, Malawi would not be going to another election.

The president lamented that now we have a situation that is encouraging everybody to campaign and undermine social distance saying this risking lives of Malawians, lives of children, mothers, fathers and sisters.

But, an exiled Malawian philosopher and Commander In Chief of Muvi wa Chilungamo, Saunders Jumah, the Utopian says President Mutharika has shown that he is not in Malawi but in another country for insisting that he won the 2019 elections observing that Malawi judges are being praised, commended and admired by countries around the globe standing for the truth in presiding the electoral justice case.

“We are demanding Mutharika to go and campaign for votes, he can still be complaining and complaining that he won the 2019 elections but the Fresh Presidential Election ( FPE) will be held as ordered by the Courts,” says Jumah.

Jumah, the Utopian is challenging president Mutharika that if indeed Coronavirus pandemic is real, he would not have sent his DPP party officials campaigning for him, he would rather have asked them to sit down and wait for the Election day.