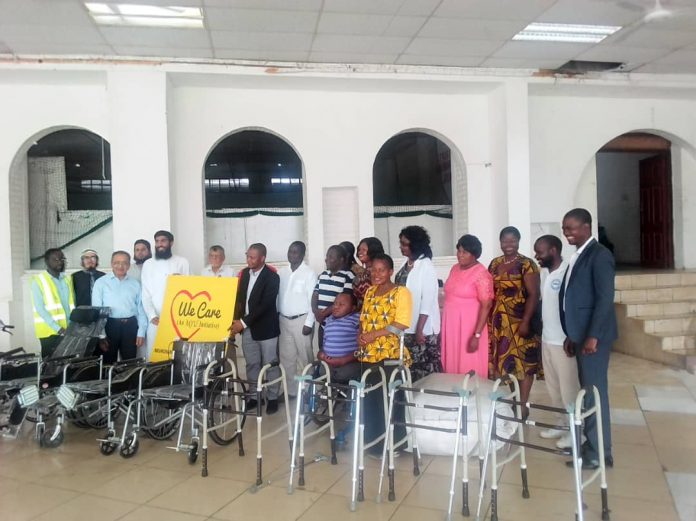 During the ceremony, the Islamic organisation also donated wheelchairs, walking sticks, blankets, crutches and unveiled that MYU will be supporting two major wards at the referral hospital.

Executive Member of the organization, Maulana Riaz Bhana said they conducted a survey that established that QECH is lacking some necessities hence the intervention.

“We already started feeding program at the hospital which is working now. We serve food at the hospital on Wednesdays and now we have managed to feed 6400 patients and the program is continuing,”

“We have started with wheel chairs, walk sticks, blankets and crunch but the hospital needs a lot of things. These are brand new wheelchairs . We have managed to have 120 wheelchairs and one one was going at 100 USD (K75,000),” Bhana told Malawi Muslim Website.

He added that MYU through its ‘We care’ initiative will be supporting Nuerosurgical and Orthopedic wards at the hospital and the blankets will be distributed to the two wards.

Mr kassam Okhai who was the Guest of Honor hailed the organization for its tremendous progress since its birth in 2014.

“Muslim Youth United started a few years ago but they have managed to achieve a lot. The organisation has a big enthusiasm,” Okhai said.

Dr kelvin Mponda, Deputy Director of QECH told Malawi Muslim website that the hospital has really benefited from the donation by the organization.

“We thank Muslim Youth United for their kind-hearted. We are really thankful and the patients too,” he said.

The ceremony was witnessed by several organisation such as MAP, MACOHA and IHAM.