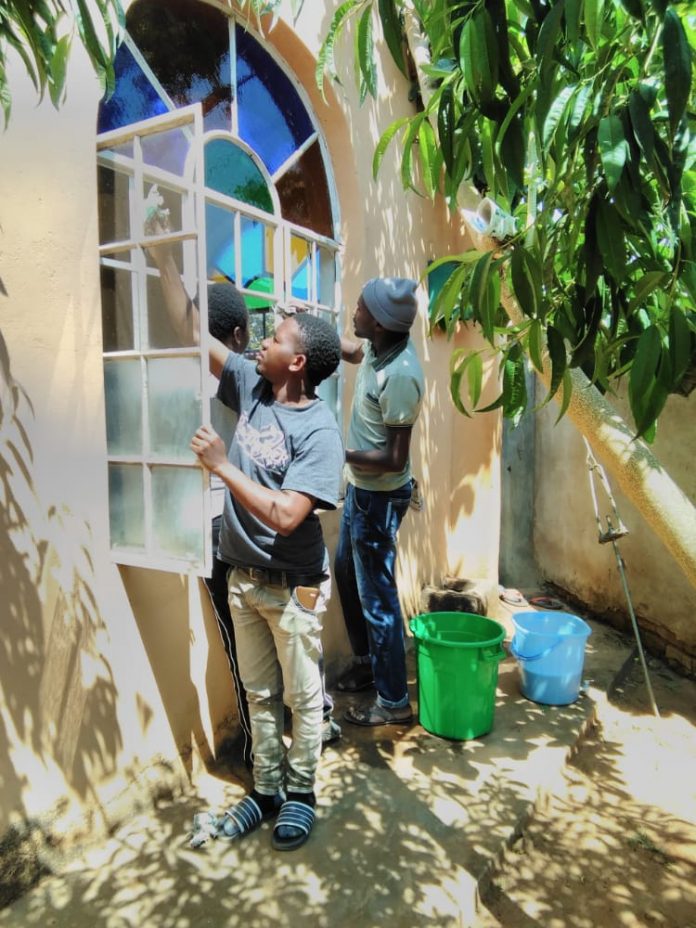 Mzuzu University Muslim Students Association (MUMSA ) on Saturday, 21st August 2021 cleaned the premises of Area 1B in Mzuzu City in the quest for increased hygiene at the mosque.

The gesture was done as part of the semester activity as it is required that each and every semester, there should be an activity the Muslim students undertake.

The Muslim Students at the University thought of going to Area 1B Mosque located in one of the residential areas in Mzuzu City to clean up and buy ablution materials for the mosque.

One of the Imaams (Leader) at the mosque Sheik Mussah Rajab expressed his gratitude for the support Students rendered at the mosque and he encouraged other people to emulate the approach.

“It is every Muslim’s duty to take care of mosque and on behalf of Muslim jamaat here am delighted to see MZUNI Students come here and clean our mosque,” said Rajab.

Rajab further said that though there are some youths outside who are always negligent of religion, it always pleases them to see Muslim youths such as those from MZUNI coming to help them.

Rajab encouraged the youth and Muslims at large to always take part in helping and promoting the religion of Islamic arguing it is not only the responsibility for sheikhs but any Muslim.

Hamza Jasper Dael who is the chairperson of the Association said they thought it wise for youths and Students to help Muslims at the mosque after noticing a shortage of ablution materials.

Dael said that in their capacity, they managed to buy two plastic buckets and ten cups for both sides, males and females.

Deal encourages other students to always partake in matters of religion and decried for the tendency of some youths who say that they will practice Deen in their old age.

“We need to part in religious issues whilst we are still alive and energetic because we are not assured of what will come for us next,” Dael who is also the Chairman of the National Muslim Students Association (NAMSA) said.

The students managed to raise funds for the project through contributions. Every student was required to contribute K 500.