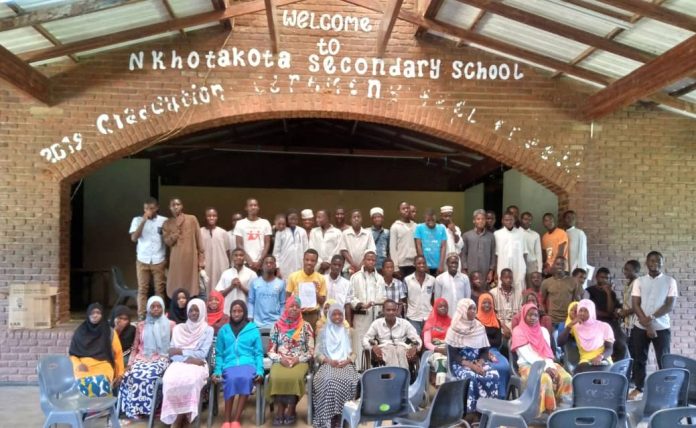 This was revealed by the association’s coordinator Firdaus Ulaya after conducting a successful Dawah Training Workshop yesterday at Nkhotakota Secondary School.

Ulaya told Malawi Muslim Website that Dawah programs are rare in the district hence the need to add efforts.

“We would like to visit all the secondary schools in Nkhotakota, as they are people who are more exposed and close to the non-Muslims in their respective schools,”

“Elevation of Dawah in is our target.Something that we are missing are Dawah activities, especially in Nkhotakota district . I dont even know if we ever had Dawah activities calling people to Islam. I have never even seen the comparative debates in this district,” he told Malawi Muslim Website.

On the Dawah training workshop, Ulaya said various presenters shedded light on monotheism of God and benefits of Dawah among others.

“We tackled on the reward and benefits of Dawah because you can’t just cant do something without knowing its benefits. The benefits are a motivation,” he said.

The workshop was attended by Muslim youths studying in various secondary schools in the district.