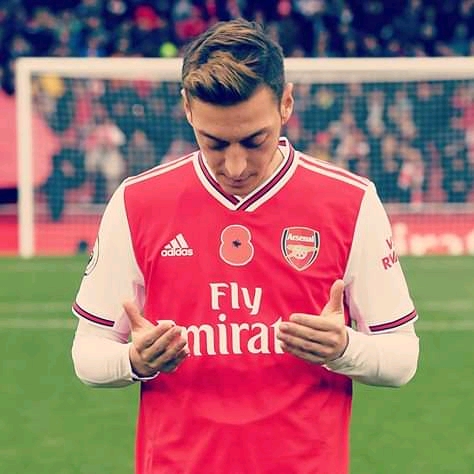 Arsenal football star Mesut Ozil shared a heartfelt prayer for the Uighur Muslim minority in China on Thursday expressing his outrage at the lack of action from Muslim countries and their media.

“The Muslim community is mute,” Ozil wrote in the tweet, which shared a sincere prayer written in Turkish over the blue Uighur flag.

The Uighur community in Xinjiang, northwest China, has faced an unprecedented crackdown in recent years, with at least one million mostly Muslim ethnic minorities held in internment camps that authorities downplay as “vocational education centres”.

Ozil, a German national with Turkish family roots, began his prayer with: “Oh East Turkestan,” the name Uighur activists use for the independent state they want to see established in Xinjiang.

“Don’t they know that years later what our brothers and sisters will remember of these bitter days is not the torture of the oppressors but the silence of their Muslim brothers?” the football star asked.

The 31-year-old Arsenal midfielder slammed the silence of Muslim countries, and said it was shameful compared to the media coverage the issue has received in the West.