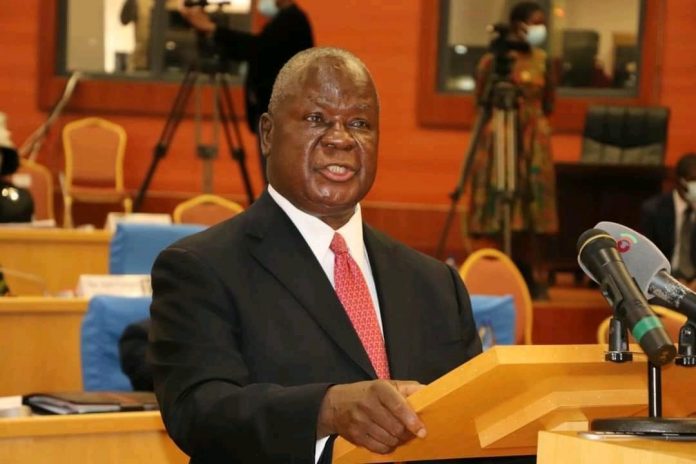 Malawi’s Minister of Finance Felix Mlusu says the Tonse Alliance Government is set to actualize its campaign promise of creating one million jobs within one year in office.

Mlusu made the remarks today, Friday, 28th May, 2021 during 2021/2022 Budget Presentation in Parliament in Malawi’s Capital, Lilongwe.

“The Tonse alliance Government is committed to create a million jobs within one year of office and that job creation will continue to be the main focus going forward. In this regard, Madam Speaker, Government has developed a road map with key activities that will be under taken to facilitate the translation of this agenda into action,” Mlusu says.

According to the Finance Minister, it has become quite apparent, that most of the sectors have enormous potential to generate jobs if certain policy actions and incentives are implemented as a matter of urgency.

“Government will therefore implement policy actions and provide appropriate incentives to unleash this potential in sectors such as agriculture, mining, tourism, manufacturing and ICT,”

In addition, the job creation agenda will be buoyed by a number of Government initiatives that have already been initiated. Some of these initiatives include; establishment of modern and fully equipped job centres which will first be established in Lilongwe, Blantyre and Mzuzu. The Job centres will assist job seekers to access employment information from employers and vice versa,” he says.

Mlusu says these job centres will also be connected to Government systems that will enable reporting of number of people employed in real time.

“You may recall that the Tonse Alliance Government promised free water and electricity connections. I therefore wish to inform the August House that it remains Government’s commitment to ensure increased access to electricity as well as safe and portable water,”

“In order to implement free water and electricity connections, Government has embarked on a reform program of the concerned utility companies. It is upon completion of these reform programs when Government shall ably implement these promises,” Mlusu says.

Mlusu says the Tonse Alliance Government, the 2020/2021 budget will focus on: achievement of sustainable and inclusive growth; macroeconomic stability; and sound financial management.

“These objectives will be pursued through transparency and accountability, rule of law, enhanced resource mobilization, efficient resource utilization and provision of relevant infrastructure. These are some of the promises that the Tonse Alliance made to the people of Malawi. As such, the 2020/2021 Budget has been developed under the Theme “Living the Promise.”

This is the first substantive Budget Statement to be presented by Mlusu since appointed as Minister of Finance by Malawi President Dr Lazarus Chakwera in 2020.