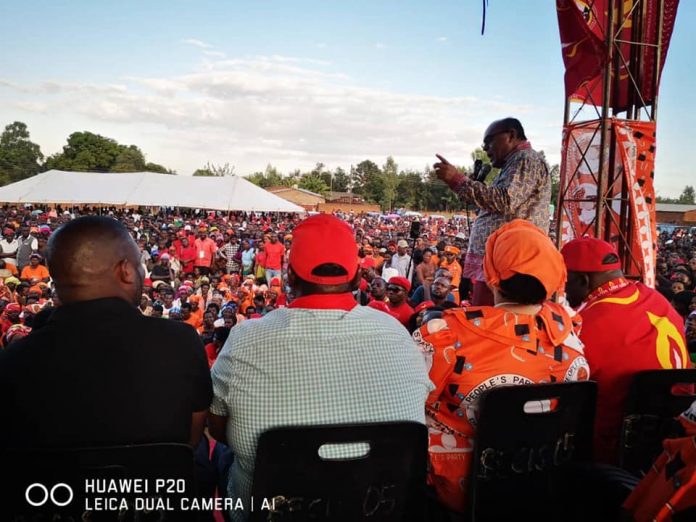 Tonse Alliance is appealing to its supporters to assist the police by maintaining peace and calm in the build up towards the Fresh Presidential Election ( FPE) and beyond.

The Alliance says their collective resolve must be to focus on creating a Malawi where professionalism by public institutions like the Malawi Police Service (MPS) is mandatory.

The call to its supporters is following commendation of the professionalism demonstrated by police in ensuring maximum security at all events surrounding the Alliance’s rallies in Zomba and Mangochi over the weekend.

In a statement, Tonse Alliance says after the ugly events in Mulanje, Phalombe and Machinga on Friday, where suspected DPP/UDF Alliance cooperatives caused havoc on innocent Malawians, it was refreshing to see the Malawi Police Service (MPS) respond decisively by boosting security at the aforementioned events which passed without any accidents.

“This is what is expected of a body that is sustainably and is supposed to serve all of the country’s citizens,” reads a statement in part.

A statement says Tonse Alliance hopes that the MPS will not only continue to demonstrate this level of responsibility in all its future operations, but also move on all those who want to limit the exercise of constitutionally guaranteed freedoms by fellow citizens.

Meanwhile, MISA Malawi has called upon the police to arrest the perpetrators of political violence on journalists in the country saying the song to arrest such criminals have been sang for long for the police not to allow this happen.