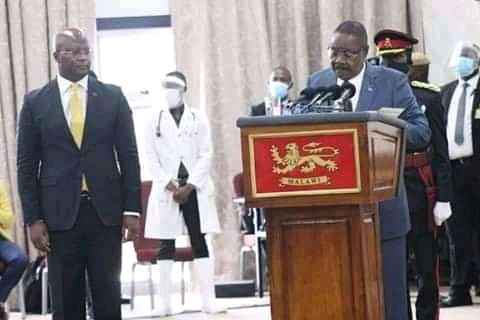 According to Mutharika , come next elections, the opposition Democratic Progressive Party (DPP) will be bouncing back in Government.

Writing on his official Facebook page after meeting DPP members in Eastern region on Wednesday at his Villas in Mangochi, Mutharika says he will render his support to the party to boot out the Tonse Government.

“Come next election, DPP will be bouncing back in government and I will render all my support to make sure this is achieved as we did between 2012 to 2014,”

“Malawians have already seen that their much touted change has not brought them the change they were looking for,” he says.

Mutharika has asked DPP supporters to be focused and says he will continue supporting the party.

“I therefore call upon all DPP supporters to remain strong and vigilant, united and principled so that we achieve this together,” he says.

“I will never leave you and I will always fight with you till the end.
May God protect you all from COVID-19. Stay home and stay safe so that we make the history again together,” Mutharika says.