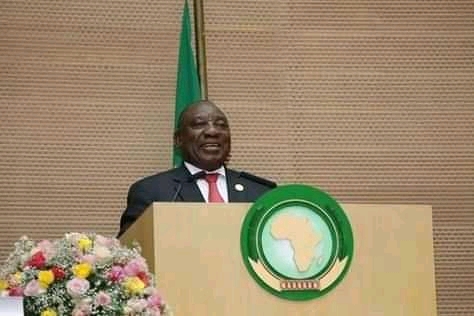 The Human Rights Watch (HRW) has told South African President Cyril Ramaphosa to use his new leadership of the African Union (AU) to promote human rights and justice for violations across the continent.

“Ramaphosa’s leadership of the AU will be more meaningful if he uses the opportunity to focus the African foreign policy agenda on promoting human rights,” said Carine Kaneza Nantulya, Africa advocacy director at Human Rights Watch, ”

“Many of the continent’s conflicts have been triggered by widespread atrocities, coupled with impunity for the violators.” Nantulya said.

Last year,riots occurred in the South African city of Johannesburg from 1 to 5 September 2019, leading to the deaths of at least seven people.

The riots were xenophobic in nature targeting foreign nationals from the rest of Africa.

Malawi nationals were also affected during the attacks.

This was not the first time for the South Africans to be torturing fellow Africans.

He succeeds President Abdel Fattah el-Sisi of Egypt, the 2019 chairperson.

This 33rd AU Ordinary Summit was held under the theme ” Silencing the Guns.”