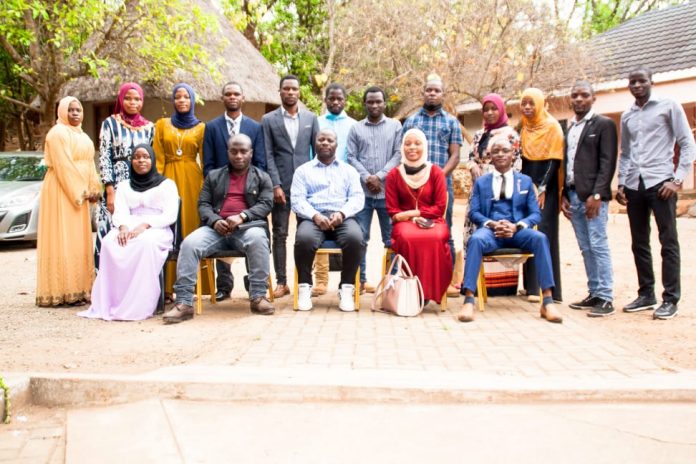 Final year Muslim students at the Malawi University of Business and Applied Sciences (MUBAS) formerly known as The Polytechnic that was a constituent college of the University of Malawi have been tipped to balance their religion (Islam ) and area of specialization to excel in life.

Speaking during the farewell party under the theme “Balancing the religion (deen) and area of specialization in the dynamic world” in Mulanje district last week, Mr. Prince Mtelera who represented Mr. Yahya Mmadi, the Chairperson of Islamic Vision and Mission tipped the students that both Islam and area of specialization are ingredients of their success after leaving the campus.

“On Area of specialization as you are going out, most of the time you will be busy with work as some of the specializations are demanding. As you go ou, t you will have to strike the balance as once you are immersed into your Job then it will become your religion. Your busy schedules will deteriorate your Imaan (Faith) by doing too much into the career forgetting Allah (God). There is also a possibility that through your career You will become so popular and big as you are going out. That will make you forget God and God will devalue your status,”

“Of course, God has assured us that he will protect the Deen for you and it has survived and it will survive, However, as individuals we have to do our part. The world is changing and those who are joining the industry should know how they can protect and promote the religion,” he said.

Mr. Mtelera also urged the students to always balance the religion in capitalizing on the available opportunities

“Every one of you should know and champion their rights as you are looking at grabbing opportunities which might come your way. Workplaces should be in line with your religion. Otherwise, if they will disrespect your rights. If you can’t fight it then it’s okay to leave that opportunity to others. Don’t be ashamed to open up to those offering you opportunities of your religion. Continue to defend and fight for the rights of Muslims and Muslim children,” he said.

“The authentic information should come from you. Inform people of credible information, not fake news the social flooding on social media. The students should revive the culture of reading books and authentic sources of information. You should always apply Islamic principles in handling matters out there,” Mr. Mtelera said.

In his remarks, another guest, Mufti Uthman Madan, who is the chairman of Dawate Islami Malawi said there are many ex-Muslims, due to marriage, other issues, and the environment.

“It is very alarming. Generations a few years ago we (Muslims) were strong and we shouldn’t be weak for our parents and grandparents preserved the religion for us. We are blessed with Education and a sense of understanding of religion. We are blessed with confidence and all around us and will be questioned of how we used these blessings,” Mufti Madan said.

He added, ” We are on earth for the service of God and we will be asked what did we do in serving God. You can still serve Islam in all the fields you specialized. People will generally be attracted to Islam because of how you will be behaving.”

Mufti Madan gave an example of Indonesia as a country that is the most Islamic populated country. He said Islam was spread by traders not that they had more knowledge or they engaged in dawah as we know it, but they displayed good character in their dealings.

Every year, it is a tradition for the students under their umbrella body called Polytechnic Muslims Students Association (POMSA), to hold a farewell party for final year students in honour of their services rendered in achieving the association’s objective. The association was named POMSA when MUBAS was called The Polytechnic.