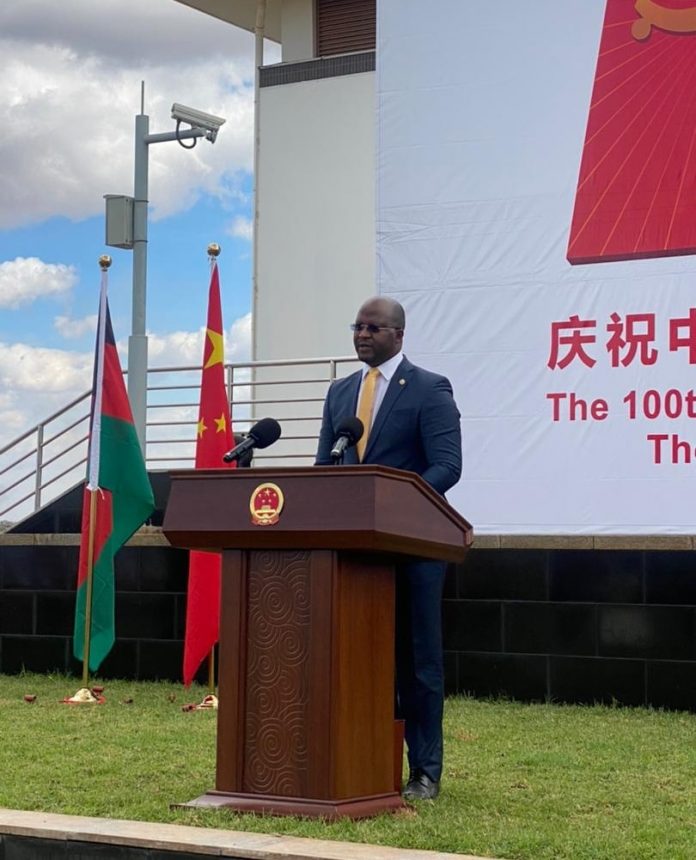 Muluzi lamented that there is no political will to support the health sector under the current administration of President Dr. Lazarus Chakwera saying already this year, donors under the Health Sector Joint Fund (HSJF) have withdrawn support for the payment of utility bills in the health sector as well as support for the procurement of blood from Malawi Blood Transfusion Services (MBTS) for Christian Hospitals Association of Malawi (CHAM) facilities, saying all this is happening at a time when there is very little commitment from Government to increase funding in the health sector.

Writing on his official face book page, Muluzi says strong decisive leadership is conspicuously lacking, Malawi is currently facing a third-wave of Covid-19 observing that since the third wave of Covid-19 started, no single statement has come from the country’s Head of State.

“What on earth is going on?’’ questioned Muluzi writing on the wall.

On Wednesday afternoon, the Health Donors Group comprising countries such as United States of America [USA], United Kingdom [UK], Germany and others met the Parliamentary Committee on Health for discussions on issues ranging from accountability to transparency and above all, theft of public resources in the last one year of Tonse Alliance in Government.

The meeting on Wednesday was the second one after they had one last month where the donors withdrew funding on utility bills to the health sector because of rising cases of corruption and looting of public resources.

The donors lamented on lack of accountability and theft of public resources citing the MK6.2 billion Covid-19 abuse, to this day, no suspect has been prosecuted and charged for prison sentences and the MK17 billion Covid-19 which councils were asked to return to the Department of Disaster Management Affairs (DoDMA) is nowhere to be traced.

The Tonse Alliance Government under President Dr. Lazarus Chakwera ordered investigations into the abuse of MK6.2 billion which later saw District Commissioners interdicted with 63 suspects arrested and were all released by the court a development which well- meaning Malawians concluded that all the suspects were found with no case to answer.

Interestingly, all the District Commissioners and the 63 suspects are back and are continuing the work they have been doing in their various Ministries, Departments and Agencies (MDAs), Malawians themselves have questions without answers, who stole all of these monies or did the money grew legs for people to say it was abused?

The Health Donors Group also questioned Government why it has not audited MK17 billion which was in the hands of councils which President Dr. Chakwera said funding crippled investigations of the money and on the same note, the office of the Auditors General is fully funded and can do the much needed work.