Many Muslims regard smoking as disliked by the Sharee’ah but not forbidden. And whenever advice is given in this regard they choose to ignore it. Though people know the evil effects of smoking, it seems that Satan wants them to keep on wasting their money and burning their chests.

Certainly, Cigarettes were not present during the lifetime of the Prophet Muhammed (Sallaallahu alaihe wa-Sallam), however rulings with regards to similar substances are present in the two Revelations: the Qur’aan and the authentic Sunnah. As a rule, the Qur’aan forbids every thing that is evil. As Allah says:

“He (Prophet Muhammed) allows them all that is good and lawful, and prohibits them as unlawful all that is evil.” {Soorah al-Ar’af (7): 157}

Evil manifests itself in things, deeds, beliefs, persons, foods, drinks, etc. So, If it is proved that smoking is among the evil, this is in itself enough for the Believers to realize that smoking is forbidden, in the light of the above stated verse of Soorah al-Ar’af.

1. Smoking is a Killer: It causes diseases like lung cancer, tuberculosis and heart diseases (just to mention a few). And we know that Allah forbids us from killing ourselves. As He says:

“And do not kill yourselves. Surely, Allah is Most Merciful to you. And whoever commits that through aggression and injustice, We shall cast him into the Fire and that is easy for Allah” {Soorah an-Nisaa’ (4): 29} Allah also says:

“And do not throw yourselves into destruction.” {Soorah al-Baqarah (2):195

“But spend not wastefully (your wealth) in the manner of a spendthrift. Verily spendthrifts are brothers of the devils.” {Soorah al-Israa’ (17) 26-27}

Do we not see the Muslims who smoke? Those who hold on to every penny, only to burn all of it in cigarettes! .. Subhaan Allah, along with their chests, waste on top of waste.

3. Smoking inflicts harm on non-smokers: The Messenger of Allah said:

“There should be neither harming, nor reciprocating harm.” [An Authentic Hadeeth reported by Sheykh al-Albani in Saheeh al-Jaami # 7517]

Many people encounter breathing problems when they accidentally inhale smoke from someone’s pipe or cigarette, especially people suffering from bronchial asthma. It is also proved medically that non-smokers are harmed when in the company of smokers (i.e. passive smoking). The smoking of parents has been linked to respiratory problems in children and crib death. It is also the cause of many devastating fires.

4. Smoking causes the spread of evil: Since smoking in evil, Muslims who smoke should remember that they set a bad example on others and invite to sin and disobedience to Allah, when they smoke openly and therefore encourage others.

5. Smoking effects worship: Many smokers dislike fasting and sitting in Islaamic study circles, because they constantly crave cigarettes. The smoker is an addict, both physically and psychologically.

6. Smoking makes the smoker smell bad: Everything that a smoker comes in contact with smell of cigarettes; His car, clothes, home, etc. Therefore, when a smoker prays in congregation he hurts his fellow humans with his smell as well as the angels, as the Messenger of Allah said: “Whoever has eaten from such greens as garlic, onions or leek should keep away from our mosque. Truly, the angels are harmed by what harms the offspring of Aadam.”Saheeh al-Bukhari

The above points constitute clear evidence that smoking is evil, and is therefore Haraam (unlawful). If a Muslim is under any kind of stress, then he must turn to Allah for help. Even medical science has rejected outright, the myth that smoking calms the nerves. What we know for sure, is that the rememberence of Allah is healing, as Allah says:

“Verily in the remembrance of Allah do hearts find tranquility.” {Soorah ar-Raad (13):28}

So when the urge for smoking arises, resort to the Qur’aan and strive to comply with Allah’s commandments.

“Those who strive hard in Our Cause, We will surely guide them to Our Paths.” {Soorah al-Ankabut (29):69}

To Quit Smoking:One may want to take some of the following measures while depending upon Allah, seeking His help and guidance:

1. Minimize contact with smokers (this being the most important step)

2. Try to minimize drinking the drinks that become mentally related to smoking like coffee, tea, etc.

3. Whenever there is a urge to smoke, try to make yourself busy with something else, especially activities that keep your hands busy.

4. Try not to accept a cigarette from anyone.

5. Try not to finish smoking, the whole cigarette.

6. Drink a lot of water when you quit smoking. Dehydration is the main cause of the symptoms of withdrawal.

7. Try to remember that you want to gain the pleasure of Allah. Throw away all leftover cigarettes.

‘Do not look at how small the sin is but instead look at how great is the One that you have disobeyed.’
By: Hashiem Amanzie Sinoya 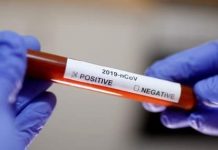 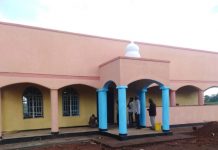 #Opinion: Malawi must Merge Information of COVID-19 and Chronic Diseases