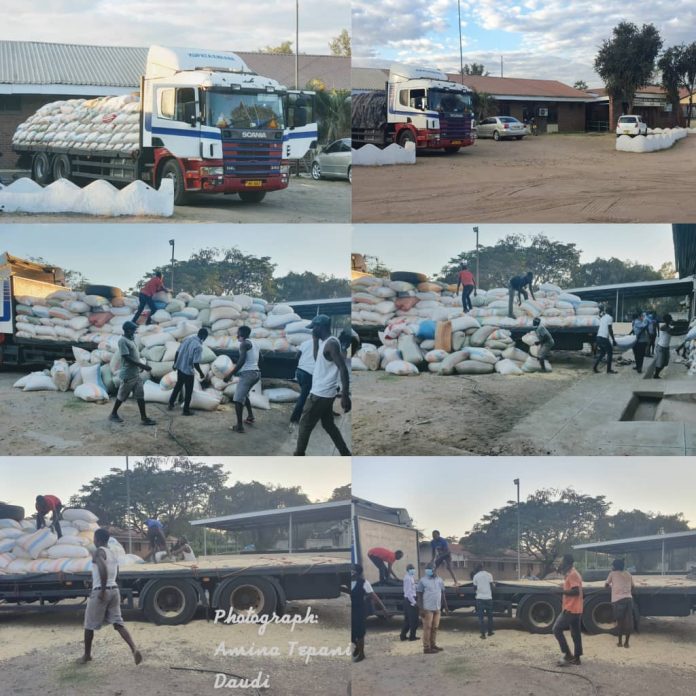 Mangochi Senior Resident Magistrate’s Court on Thursday July 22, 2021 convicted Mark Mbewe, 37, a smallholder farmer from Kasungu and forfeited his 400 bags of maize which have since been donated to Mangochi District Hospital to feed patients.

“The truck was impounded because it was exporting farm produce outside the country without a permit. Appearing in court, the accused person pleaded guilty to the charge leveled against him.
In mitigation, the convict asked the court for leniency, saying he is a bread winner to his family, but the state prayed for stiffer penalty while reminding the court that the trader defied conditions set by the government which are supposed to be abide by every trade,” Daudi says.

When passing judgement, Senior Resident Magistrate Rodrick Michongwe expressed his concern over the convict’s conduct. He therefore forfeited all the 400 bags to Malawi government and the maize have been offloaded and handed over to the hospital administration in the presence of court and police representatives.