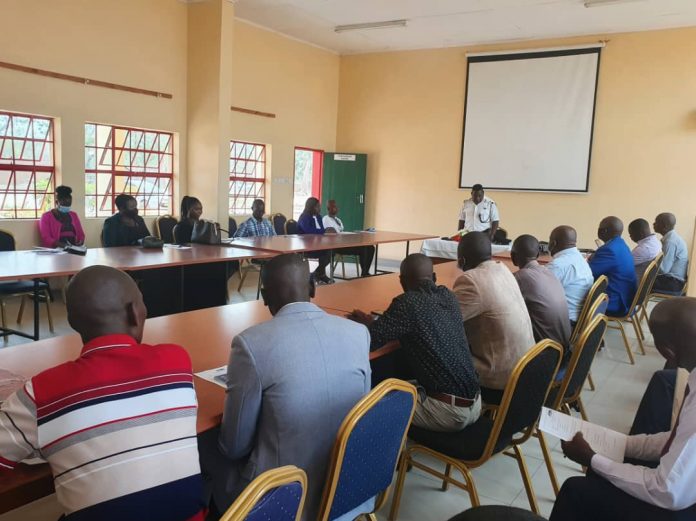 In a bid to ensure that children are protected from all sorts of abuses in Mangochi District, National Police Headquarters Community Policing and Rural Police Units has drilled 35 police officers from Mangochi and Monkey-Bay Police stations on safe schools program.

Mangochi Police Station Public Relations Officer Amina Tepani Daudi says the main aim of the workshop was to equip police officers with knowledge and skills in the Safe Schools Initiative in order to protect learners from various abuses such as defilement, child labor, corporal punishment, and child trafficking just to mention a few.

“The program which was established in 2015 is being funded by UNICEF and United Nations joint program on girls education and so far 11 Police stations are benefiting including Mangochi,” Daudi says.

Speaking to the audience, Timothy Phiri thanked the National Rural Police Units branch for considering Mangochi Police Station to benefit from the initiative since Mangochi is one of the districts where cases of sexual abuse on children are on the rise.

Phiri also urged the participants to implement the knowledge and skills acquired in protecting children in Mangochi district.

Desk Officer for National Rural Police Units, inspector Martin Malisawa who was a lead facilitator said the program is being implemented by several stakeholders such as Ujama Africa, Social Welfare, Yoneco, and Ministry of Healthy whose general focus is to prevent and respond to violence against children. According to Malisawa, there are some specific focuses that MPS is meant to implement.

Echoing the same, Child Protection Desk Officer at National Police Headquarters, Sub Inspector Brown Ngalu, said according to Violence Against Children(VAC) national survey, findings revealed that most children experience sexual abuses before turning 18-years of age. Perpetrators are mostly relatives, neighbors, or those who know the child. Worse still, Police officers and Teachers have been involved in abusing children hence the need for the training.

Safe schools initiative also placed confidential complaints boxes in 74 different schools in the district where learners are able to report issues regarding violations of their rights and abuses. Police and other key stakeholders make follow-up and arrest the culprits.