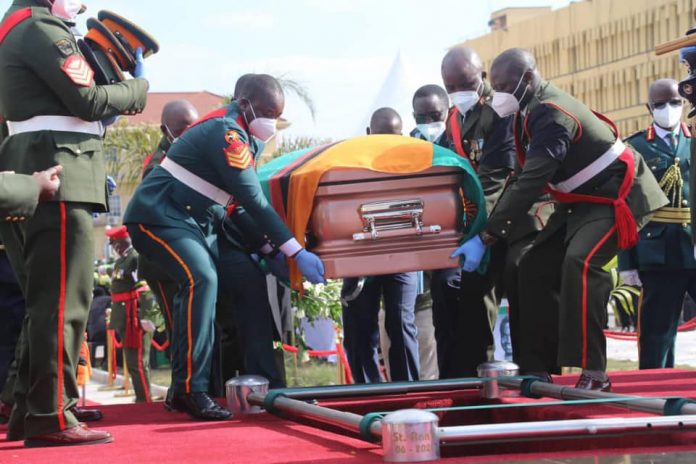 The remains of the Founding President of the Republic of Zambia Keneth Kaunda (KK) has been laid today in Zambia’s capital, Lusaka.

?This afternoon we gave the founding father our great nation a final send-off befitting the hero and statesman that he was.
We shall forever celebrate Dr Kenneth Kaunda’s life. His story will be etched in our history and will be told by generations,”

“KK was a true champion of love and unity. He strongly believed in hard work and discipline. He was an epitome of selfless service and patriotism, and we must all emulate his character and good works. Let us all emulate him by being patriotic, putting country first,” Lungu says.

Kenneth Kaunda was one of the last of the generation of African leaders who fought colonialism. He died aged 97 on 17th June, 2021 after admitted to a military hospital in Lusaka.

In the 1950s, Kaunda was a key figure in what was then Northern Rhodesia’s independence movement from Britain.